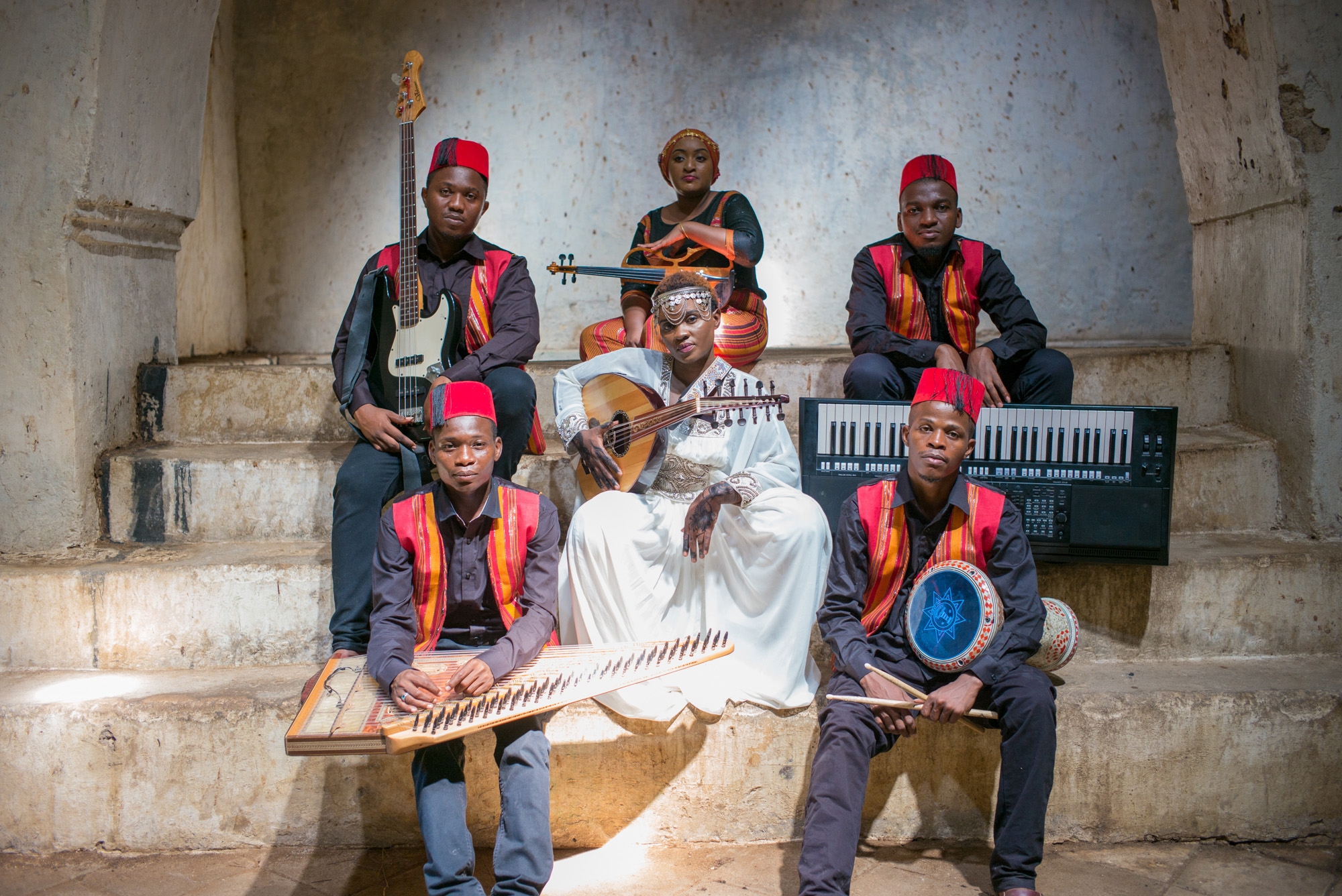 Coming from a cultural heritage and having mastered traditional instruments, Siti and the Band use their creativity, talent and education to fuse their roots of Taarab music with their personal influence they are exposed to on the Zanzibar island.

The band started in 2016 when Siti Amina Omar with her cousin Rahma Ameir and Gora Mohammed met while studying at the Dhow Countries Music Academy. Rahma had decided to study violin, not following her primary profession as a laboratory assistant, and became an excellent violinist.

Talking with Amina about her biography is to talk about women making music in a muslimic society: she grew up with her family singing and dancing but was stopped when she was 11 years.  She finished school, was married, got separated and wanted to continue with music and having the skills for music. She applied the DCMA which have the traditional taarab in its focus. Like every teenager Amina loved and was used to pop and western and contemporary music, so that taarab-style was a challenge for her. But over time she got interested in it more than in any other music. And it became the base for her trio Siti and the Band – herself being “Siti”. That’s a lady, and this title is also an obeisance for Siti Bint Saad and for Bi Kidude – the two important characters making taarab music famous for kiswahili lyrics and as a female singers’ style.

The very line up of Siti and the Band is a message, with two female and one male musicians. Fueled by a mutual interest in traditional taarab and more their music sounds like 80’s traditional taarab with Arab instruments like oud and qanun: a subtle and swinging mix with popular and urban sounds, including afro fusion with kidumbak and Afro Jazz, with zanzibarian rhythms. Not to forget the specific characteristic smoky blues-voice of singer Amina and her charming ability to take the stage and her fascinating appeal to the audience. Many of her songs are about the challenges of women in African societies: “I don’t only sing for my heart, I also sing for my society, for my and our culture.”